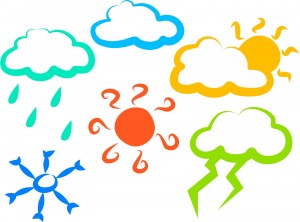 There’s a surplus of smartphone apps available for download on iPhone and Android phones. Many of them are useful in disaster preparedness and are downloadable for free or a small fee.

We recently read an article on USAA.com about a dozen useful smartphone apps to help you prepare and stay safe in the event of a disaster in your area. Three of those smartphone apps seemed especially handy when it comes to disaster preparedness.

StopDisaster is an iPhone application you can purchase for $1.99 that will walk you through the process of disaster preparedness checklists for natural disasters. Using StopDisaster you can create shopping lists to personalize your emergency relief kit as well as use the step-by-step instructions to complete the kit. It will also notify you when certain items in your kit such as food or medicine are about to expire so you can replace them.  The app is great for storing all your emergency contact phone numbers for easy access. The Android interface offers a comparable app called Disaster Readiness that costs $1.29.

5-0 Radio Police Scanner Lite is another iPhone application that could prove to be useful during an emergency and it is free. Basically, it’s a way to get the real scoop on what is going on during a disaster by giving you access to the ham radios of police officers and firefighters as well as those of aircraft, marine, and other emergency personnel. You may end up getting more information than you bargained for since it is unfiltered, but at least you will be ‘in the know.’ On the Android phones there is a free Scanner Radio app.

One of the coolest smartphone apps mentioned in the USAA article for disaster preparedness is the Brightest Flashlight Free app. The technology behind this application allows your mobile phone to become a bright flashlight by tapping into all the lights on the device. When disaster strikes unexpectedly or if your electricity happens to go out, this app would come in handy until you have access to a regular flashlight or electricity.