Since we are an hourly rate moving company, our moving estimates are based on the number of man-hours projected to complete each move. Based on the hundreds of relocations our professional moving crews have completed in the past, we have a basic starting point for the man-hours required for a particular size job. So, whether you’re moving the contents of a one bedroom apartment or a typical 3-bedroom home, we can give you a sound estimate for which to budget.

The term ‘man-hour’ is defined by Wikipedia as “the amount of work performed by an average worker in one hour.” Most service-based businesses that operate on an hourly basis typically think in terms of man-hours.
We use man-hours to measure the total amount of labor required to perform the move which is then used to give an overall estimated price. Once we have estimated the number of man-hours required, we can divide those man-hours by the number of men in your crew and give you an estimate of the total amount of time it should take to complete your move. 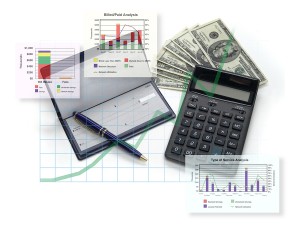 It is important to note that man-hours do not typically change. The amount of time it takes 3 experienced movers to complete a move, would take 6 experienced movers half the time to do so. Another way to look at the situation is: you may be quoted an estimate for a 2 man crew to move your belongings; however a team of 4 movers show up to complete your move. Although you are paying a higher hourly rate, you’re not necessarily paying more since the man-hours are the same.

Here’s an example to understand the concept.

Let’s say you hire a moving company to move the contents of your 4-bedroom home from Overland Park, KS to Leawood, KS. Based on the onsite estimate, the moving consultant estimates your move to take a 3-man team 7-9 hours to accomplish (which will probably involve the truck/crew making 2 trips from point A to B to transport all your belongings). To get the total number of man-hours simply multiply the number of men by the number of hours (3-men X 8-hours = 24 man-hours).

If the moving company realizes they need to complete your move faster than the 8 hour estimate and decide to send a 6-man team, your move will most likely be completed in half the time. You will not pay more since the man-hours do not change (6-men x 4-hours = 24 man-hours).

In this scenario, there will also be a truck (trip) fee since the billable time doesn’t start until the team arrives at the first location. So when comparing a 3-man versus a 6-man team you may think the company is charging more since they are sending out 2 trucks (double the trip fee), but in reality, it isn’t any more than you would pay for the 3-man team to make 2 trips (back and forth between houses) if there was one truck.

Always do your research before hiring any moving company and save yourself from any surprises!