Following in his footsteps, his wife, co-founder, and Director of Marketing, Dana Ward is honored in the Class of 2013 for Ingram’s 20 In Their Twenties.

Out of all the nominations, only 20 entrepreneurs and business professionals are chosen each year to be apart of this elite group – all young, ambitious, and getting it done. The key to each year’s 20 honorees is their potential to be the future business leaders in Kansas City and that they think beyond their years with visions of success while working to make it a reality.

As most people know Dana’s position within the company is not fully contained inside her marketing title, rather she handles quite a bit of the business’s behind the scenes tasks in the area of administration as well.

Dana is honored to be apart of this year’s class of 20 In Their Twenties and thanks all our customers, partners, and friends for the amazing support over the years!

Here are more distinctions she and Great Day Moving have been awarded since the inception of the Kansas City business: 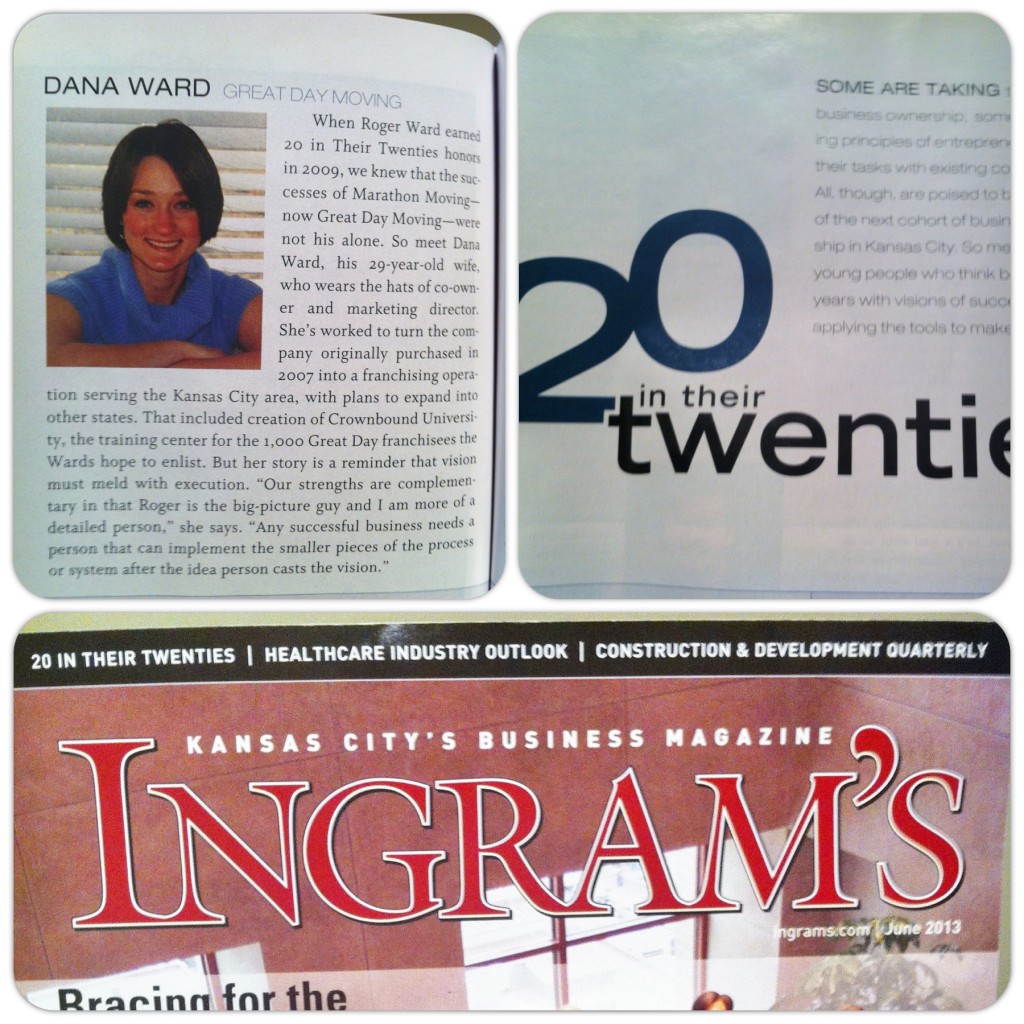